By Year
By Month
By Week
Today
Jump to month 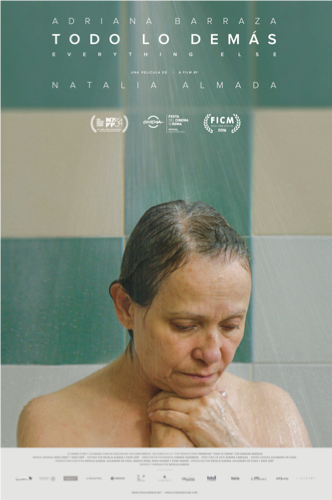 Doña Flor is a bureaucrat. It is in everything that comprises her, her non-descript beige blouse, practical hee;s and knee-length skirts. For over three decades she has attended frustrated and indignant citizens to whom she is nothing but an invisible, lifeless bureaucrat, and has returned each evening to her cat and solitary apartment where she makes obsessive lists of the people she attended to during the day. The film has won numerous award at International film festivals including Best Actress and Special Mention from the Jury at the 14th Morelia Film Festival, Mexico and the Special Jury Award at the 18th Mumbai Film Festival in India.

The Program is free and open to the public. Seating is first come, first served basis. Popcorn and soda will be served courtesy of CLAS.

Location Rutgers Cinema, Livingston Campus, Theater 1
Jueves de Cine is organized by the Center for Latin American Studies (CLAS) and co-sponsored by the Cinema Studies Program, and the Department of Latino and Caribbean Studies.