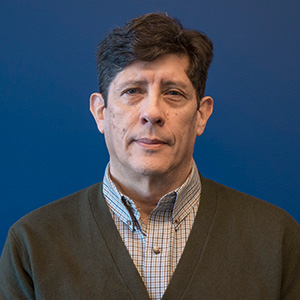 The EH focuses on the far-reaching implications of local or planetary environmental crises and conflicts for ontology, epistemology, ethics, hermeneutics, and aesthetics. For instance, the understanding of ourselves as members of multispecies communities, or as actors in networks of human and nonhumans that emerge through the entanglements of agential beings. In turn, this conclusion offers a new perspective for the study of the representation of nature and places in the archives, repertoires, and traditions of the Humanities. And for theorizing the interface between texts, audio/visual media, performances and interventions, on the one hand, and the environment and the non-human, on the other.

One of Jorge's research projects focuses on the impact of popular and indigenous environmentalisms in current ecological thinking, including ecological approaches to Latin American and Spanish literary and cultural studies. Their ontologies and axiologies on the interrelationships between humans and nonhumans. Their affinities with theories of sustainability and community resilience to environmental change. Documentary films.

Another line of research is devoted to the literature, film, and arts of Amazonia. Given its prominent role in the planet’s ecology and ecological imagination, the Amazon’s literary and artistic traditions are particularly rich on creative expressions that reconsider the human experience and its identity in light of the question of its interconnectedness with nature under colonization and modernization. Amazonia in national literatures, travel literature, and world literature.

Research by former and current graduate students include: ecology and British informal imperialism in the Spanish American Regional Novel; the chronicle and the Latin American city; ecology in colonial Caribbean texts; urban ecology, environmental justice and sustainability in contemporary Latin American and Latino literatures; a history of ecology and environmentalism in Spanish American literature; Amazonia in Peruvian and Brazilian literatures; Southern Cone Poetry and the “environmental turn” since the 1970s; indigenismo and indigenous films in Peru and Bolivia; among others.