Criteria for admission to this option are similar to those currently in place for the M.A. in Translation and Interpreting. The master’s program does not require an undergraduate major in Spanish; candidates from other fields must demonstrate proficiency in Spanish and establish the relevancy of their specialization to the field of translation/interpreting studies.

Candidates will submit essays, letters of recommendation, and transcripts. The GRE will not be required. The essays, written in Spanish and English, will describe the candidate’s background in both languages, residence in or travel to Spanish-speaking countries, and reasons for wishing to pursue a program of studies in translation/interpreting.

During their senior year, five-year degree candidates, in consultation with their graduate advisor, will take a minimum of 12 credits in Translation/Interpreting chosen from courses, numbered at the 400/500 levels, that form part of the master’s program.

Courses taken in the summer before or after the senior year may be included in this minimum. Candidates will complete a minimum of 18 additional credits in the graduate program, including the thesis or practicum requirement, during the fifth year of study.

The language requirement for the master’s degree may be completed as part of the candidate’s undergraduate work.

The combined degree programs will require a minimum of 150 credits – and must include a completed undergraduate major, exclusive of courses that form part of the 30-credit master’s degree. 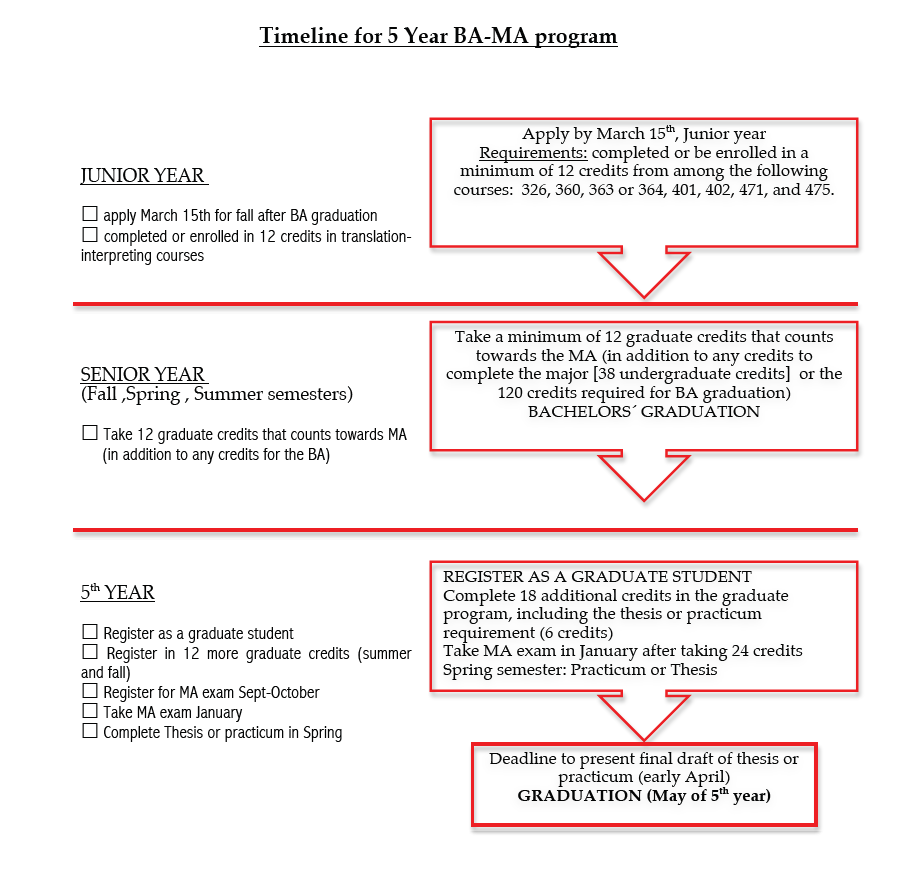